It is with great excitement that we can finally announce that work is now completed on the installation of a major new lead wall at Boulder Shack in Southampton!

There were many options considered on how we would install a 22 metre lead climbing wall in the Boulder Shack building, that naturally only has a peak of just 5 metres. After numerous meetings with structural engineers and architects, the most viable option was twofold. Firstly, to dig down for several meters and then to extend the roof upwards.

The project was not all plain sailing though. In the consultation phase with local planning, there were serious concerns raised. Mrs Dibble of Mount Pleasant Road submitted “the ginormous new structure will cast a shadow over my sundial and will almost certainly mean I will have my elevensies tea at the wrong time”.

Throughout their objections to us digging under the building, the landowners at the rear of the building were insistent that they had nothing to hide. Their spokesperson, Mr Dodge, addressed the local press to say “there is no truth in us hiding dirty secrets underneath our lines at the rear of Boulder Shack, we just don’t want anyone to get hurt whilst digging. You see, we just care too much.”

We have succeeded in ensuring that these concerns did not stop the installation of a major lead wall though! This morning, Tim and Aaron tied in and started clipping the first-ever lead route at Boulder Shack.

This first route has been set by Oli to exactly replicate the moves of the North Wales Classic, A Dream of White Horses. It took lots of research with Ben and Tim who recently climbed it and took plaster moulds of the crux holds.

Because of the size of the route, we have excitingly included some additional anchor points to split the route into multiple pitches. And as it’s a traverse, it can also be climbed in reverse, making what will soon become the classic Horses Dream White.

[Photos: Tim putting on his new La Croctiva shoes as he’s not yet been to the upcoming Boreal Shoe demo | Aaron approaching the crux | Aaron on the final pitch]

The Boulder Shack setting team are soon off to Swanage to memorise the more local traverse, Mr Ruckle, across the comp wall. Oli Wragg says “as some of the holds on this route are already a little loose, we may just bring them back to stick them on the Boulder Shack lead climbing wall.”

As we write this, Frank (the tank) is currently installing an auto-belay on Infinite Gravity (8a+) in Swanage and will be working with the setting team to install this in the tunnel at Boulder Shack in June this year.

If you have any more suggestions for routes, then please add them to our social media posts on Facebook and Instagram.

Happy first of April, enjoy the rest of your month! 🙂

[and seriously, if you’d like to do some proper lead climbing in Southampton then check out our friends at Parthian Climbing] 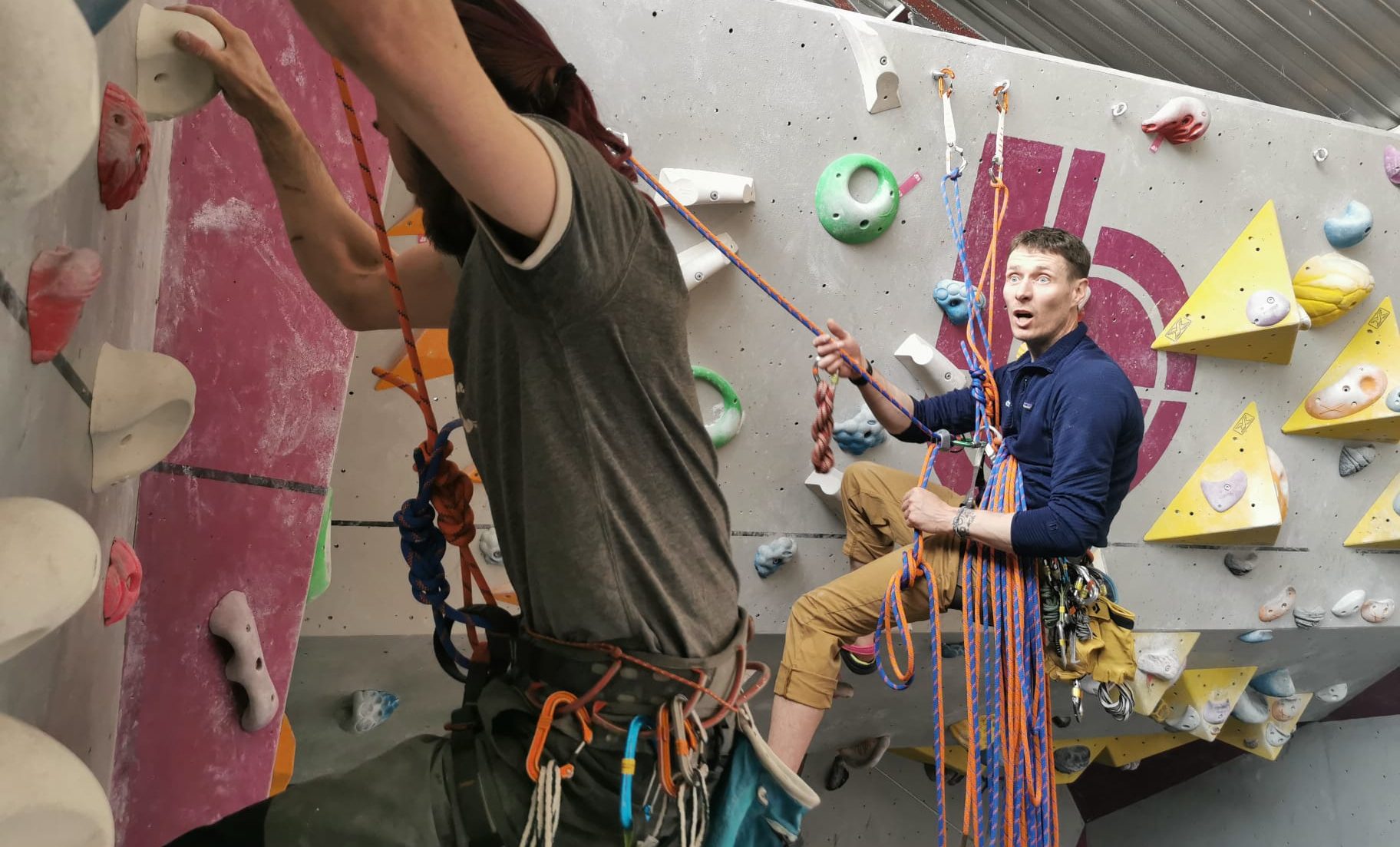